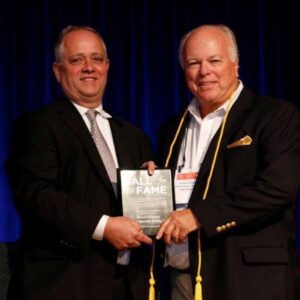 In 2016, Ron Johnson was inducted into the Specialty Food Hall of Fame.

In 1978 Encore Specialty Foods’ founder Ron Johnson fused his passion for cooking and a fluency in French to begin France America, a company focused on importing French cheeses for distributors across the U.S. Over time, Johnson pivoted to a focus on nonperishable food products, and expanded sourcing beyond France, developing relationships with food producers all over the globe, while maintaining a focus on European cuisine.

In 2004 a third iteration of Johnson’s original concept was launched, appropriately named Encore! Specialty Foods, signaling a relaunch into the industry as well as paying respect to the foundation of French cuisine that provided a starting point for our family business. Encore Specialty Foods is owned and operated today by Ron’s son Jeremy, and his daughter Hanley.